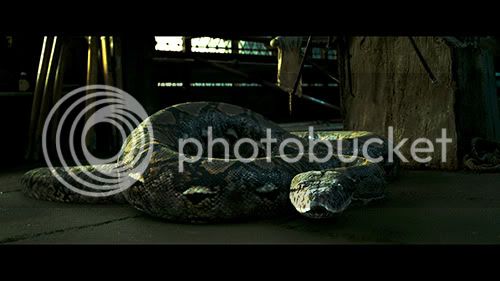 Hi Readers! Are you a fans of Harry Potter and I have been awhile since their last finale movie and this year, Harry Potter is back to Singapore with its exciting and interactive exhibition in partnership with Warner Bros and will be held at Singapore ArtScience Museum starting from 2 June 2012 till 30 September 2012.

The Exhibition’s stop at the ArtScience Museum will be the first to display a model of Nagini, Lord Voldemort’s serpent, one of the last remaining Horcruxes revealed in the final film, making Singapore’s tour stop the first to feature six of Voldermort’s Horcruxes in one location. The production model of Nagini’s head will be featured alongside a display of Voldemort’s props and costumes.

The Harry Potter exhibition will also showcase its grand collection of props, costumes and creatures from the entire Harry Potter film series. Guests will also have the opportunity to pull a Mandrake from its pot in the Herbology vignette, toss a Quaffle in the Quidditch area, and tour Hagrid’s hut as part of the exhibition’s highly interactive experience.

Pull your own Mandrake in the Herbology vignette

The Harry Potter Exhibition tickets is now on sale, visitor who interest may take a look at the tickets price detail below here or alternative you may visit their official Marina bay Sands website to check out the price too. Advance tickets are now available at Marina Bay Sands box offices.

How Solar Energy Can Help Singapore Become Even More Eco-friendly

Careers in the events industry you might’ve forgotten about

5 London Luxury Wedding Venues that are Off the Beaten Track