Holding out on buying a new smartphone just might pay off. 2019 seems poised to be the mobile phone year you’ve been waiting for. The New Year is expected to bring several surprises to enthusiasts, with rollouts of flagship devices that finally stand out from their older versions. 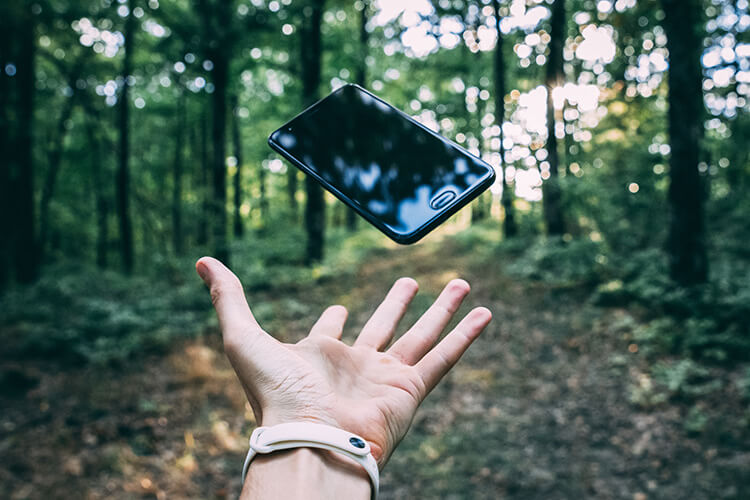 Despite the eagerness some feel to get cracking on the upcoming year, promises of significant improvements in newer versions of smartphones have been a regular occurrence and have lacked luster in recent years. These releases occur so often that the touted improvements become difficult to notice, as each new phone struggles to outdo its previous counterpart.

The same holds true between smartphone companies. As they struggle in an ever-competing market to capture or sustain a shrinking market share, the duels between the top two companies have morphed into an all-out battle between several competitors, Apple, Samsung, LG and newer Chinese manufacturers, to boot.

Competition breeds innovation. Even better, competition breeds price reductions. Although the latter might be unlikely for a very long time, we can expect the former to be the case for 2019. The innovative nature of the coming year will see a surplus of new gadgets, all offering great features. As we roll into the New Year, expect to see radical designs, advanced camera setups, 5G connectivity, improved performance, and much more.

Here are the most-anticipated smartphones coming out in 2019:

Samsung will launch its first foldable phone in 2019

Last month, at its developer conference in San Francisco, Samsung introduced its anticipated 2019 release, the Samsung Galaxy F. The device takes a radical approach to smartphone designs, sporting a first-of-its-kind Infinity Flex Display, a custom OLED panel that folds down the middle into a more compact design.

The Infinity Flex Display allows the user to fold and unfold the Galaxy F without losing the ability to use the smartphone. The screen of this smartphone expands to 7.3 inches and a resolution of 2152 X 1536 pixels. When closed, the display will measure 4.58 inches with a screen resolution of 1960 x 480 pixels. According to some credible sources, the battery of the Samsung Galaxy F will be split into two – one on each blade – and the device will be able to run three apps on the screen at a time.

It’s also important to note that Qualcomm is expecting at least two major Samsung 5G-compatible smartphones next year, with the first one expected by March and the other towards the last quarter of 2019. With such news, perhaps we can expect the Samsung Galaxy F to 5G ready.

Samsung’s device is likely to cost $2000 or more so it seems unlikely hat you’ll be picking one of these up with a standard prepaid plan – most of these will go under contract for 2 years to split that enormous cost.

In October, Brain Shen, OPPO Global Vice President, announced on Sina Weibo that the company will commercially launch its 5G-compatible smartphone next year. Shen was open with the company vision, proclaiming the goal of becoming the first to launch a 5G smartphone in 2019.

The Chinese phone maker has confirmed that it has successfully established a connection between a customized Oppo R15 smartphone and a 5G network. While the connection was made in Oppo’s 5G communication protocol laboratory, it is a positive sign that the company will soon be incorporating the next-generation networking technology into its devices.

In January 2018, Oppo announced a partnership with Qualcomm for a ‘5G Pilot’ program, while in May 2018, the company demonstrated the world’s first 5G video call. With these concrete steps, Shen just might make that vision a reality.

A leaked image of Nokia’s next flagship phone, the Nokia 9, suggests the smartphone may come with five rear cameras. The image shows five lenses, an LED flash, and an IR focusing apparatus. Reportedly, the roles of these five lenses would be telephoto, black white, color and multi-lens pixel synthesis. Lens-maker Zeiss appears to be involved in the manufacturing of this smartphone, as the company’s name appears below one of the lenses.

OnePlus is known for high performance and speed. The company has a dedicated team of engineers who work solely on shaving milliseconds of lag and delivering a smooth and fast experience to smartphone users.

Pete Lau, OnePlus CEO, recently confirmed its partnership with US carriers at Mobile World Congress, Shanghai, to release a 5G smartphone next year. Reading between the lines, expect either the OnePlus7 or OnePlus 7T (or both) to be 5G-ready upon release.
Leaks suggest the Chinese smartphone maker will also raise the bar on camera standards in 2019, as the OnePlus 7 concept renders reveal in-display cameras and triple rear cameras.

As the bar gets raised by competing brands, consumers will see a smartphone market with more quality improvements than usual as we’ve shown you above.

The coming year just might be a year to be truly excited about. After years of smartphone releases that didn’t seem much different than previous versions, competition and third-party contributions to innovation set up the 2019 smartphone season to be one of actual, notable, memorable improvement.

6 G Suite Applications that will help your daily tasks

What is a home computer network?

Upgrade your Work-From-Home Experience with Belkin and Linksys