In tandem with the pick-up in air travel, ChangiWiFi by Changi Recommends has released a slew of new promo codes for its Wi-Fi routers, decreasing rental rates to as low as $3.70 per day. It has also introduced its latest generation of smart routers that are not only smaller and lighter but with faster speeds, improved coverage and longer-lasting batteries.

ChangiWiFi’s new promo codes cover over 20 popular destinations and are valid till 31 December 2022. Travellers looking to rent a ChangiWiFi device can make their bookings via https://www.changirecommends.com/owifi.aspx and collect it conveniently at the airport’s Changi Recommends counters before checking in. No pre-payment or deposit is required during the booking process.

If travellers prefer to have their ChangiWiFi device delivered to their addresses in Singapore, a nominal $7 delivery option is available too. For rental of Malaysia and Indonesia routers, delivery is priced at only $3.50. Upon returning to Singapore, travellers may drop off their routers at any Changi Recommends counters.

To book a ChangiWiFi router, travellers may enter their trip and router order on the website, along with the relevant promo codes in the “Discount Codes” section. Click “Apply” and the Total Summary will be conveniently updated to reflect the final, discounted price. Travellers may also opt for Loss Coverage at $10/trip/device. 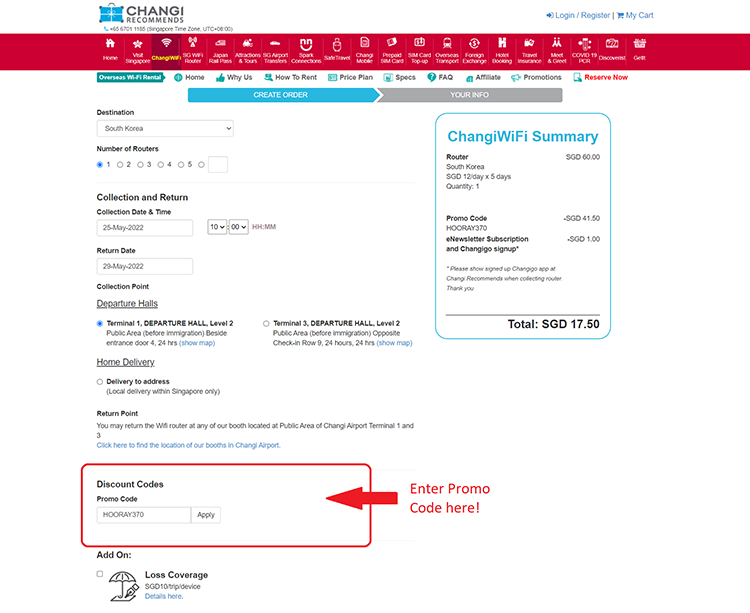 Pro tip: Get an extra $1 off the total rate by subscribing to Changi Recommends’ newsletter and downloading the Changi GO app!

The latest router, dubbed R10, is smaller and lighter than its predecessor, making it even more portable. Weighing only 175g or the weight of a small apple, the R10 features an improved ergonomic design for better feel and comfort. But the biggest boon would be the R10’s juice – the refreshed battery boasts half the charging time, double the standby hours and a 50% increase in usage hours. A full charge will now take 3 hours and can idle for 60 hours or be used continuously for 30 hours before needing another charge. It can be connected to up to 6 devices at any one time. 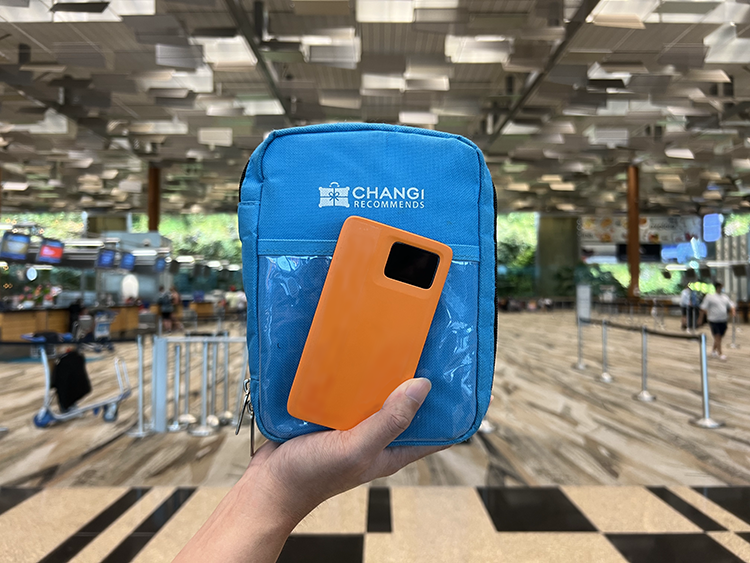 Tech fans out there will be glad to learn of the improvements in the device’s network abilities. The new ChangiWiFi routers are now broadband-capable, a leap from the standard WiFi-only network that less-advanced models are currently using. This translates to high-speed transmission of data over a range of channels including LTE, with a Maximum Download Speed of 150Mbps and Maximum Upload Speed of 50Mbps. Consumers will notice stronger connectivity and faster data speeds for a more reliable and smoother experience.

The R10 will be deployed for most of the destinations which the new promo codes cover.

The Up and Rising Adventure Haven – 8 Must-Dos in Brisbane

Fly Direct from Singapore to Redang Island with Berjaya Air

8 Unique Nature and Culture Trips to Try in the Philippines