The Mid-Autumn Festival also is known as Lantern Festival. It is one of the most important festivals of the year for the Chinese people around the world since 3500 years ago. It happens on the 15th day of the eighth lunar month where full moon appears. 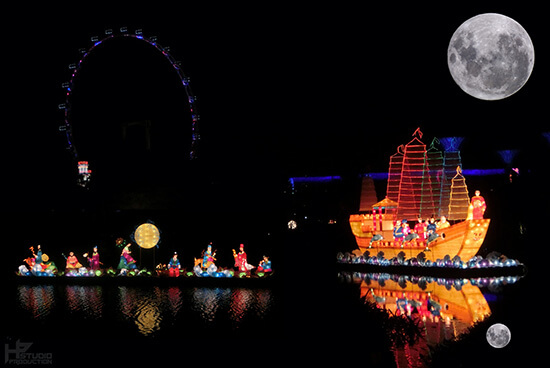 People will go home to meet their family for a wonderful family dinner; followed by enjoying the heavenly Mooncake, delights taste of Traditional Chinese tea, playing with lantern and fire under the beautiful full rounded moon.

Chinese people believe a full moon is a symbol of peace, prosperity, and family reunion. On Mid-Autumn Festival night the moon is supposed to be the brightest and fullest, which is why the festival is also known as the day of reunion.

The History and Origins of the Mid-Autumn Festival

“The Moon Festival dates back over 3,000 years, to moon worshipping in the Shang Dynasty (1600–1046 BC). Ancient Chinese emperors worshipped the moon in the autumn, as they believed that the practice would bring them a plentiful harvest the next year.” Read More

“Appreciating the moon has been a custom since the Tang Dynasty (618–907). Not only the rich merchants and officials but also the common citizens began appreciating the moon together at that time. The rich merchants and officials held big parties in their big courts. They drank and appreciated the bright moon. Music and dances were also indispensable. The common citizens just prayed to the moon for a good harvest.

In the early Tang Dynasty, the day was officially celebrated as a traditional festival. It then became an established festival during the Song Dynasty (960 – 1279), and has become as popular as the Spring Festival since the Ming (1368–1644) and Qing (1368 – 1644) dynasties.” – Story adapted from: ChinaHighlights.com