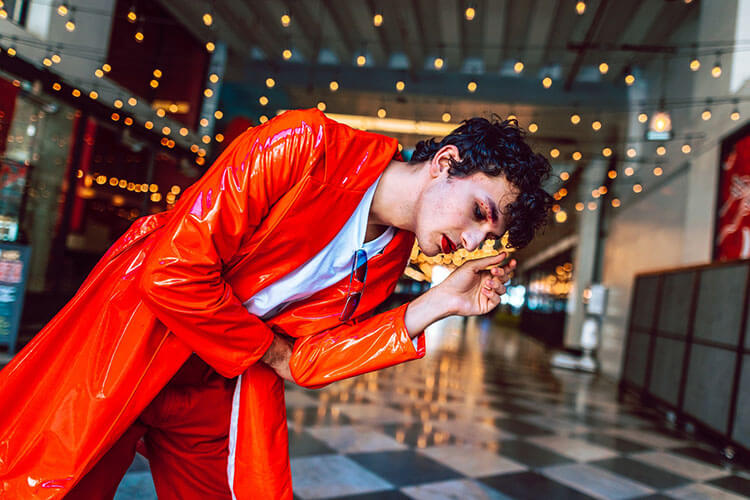 When Harry Styles wore a dress recently on Vogue, he made heads turn and featured in media channels across the globe. But those in the fashion industry know that Harry wasn’t starting a movement at all… he was just ‘going with the flow’ of gender-fluid fashion. Men in skirts, women in boxy suits, both wearing ‘clothing for all’… these are just a few of the most impactful images we are seeing on social media in countries like Singapore. Recently, The Straits Times featured cool Singaporeans donning clothing traditionally worn by ‘the opposite sex’. Their fashion captures the zeitgeist of the current millennium – one in which the colorful spectrum of genders is embraced, and harsh rules regarding clothing are shunned.

Harpers Bazaar Singapore recently featured a host of designers and fashion maisons that are delving into gender-fluid fashion – including Harris Reed (who styled Harry Styles during his World Tour), Valentino (which hires non-binary, trans and cis models to show off its wares), and Alessandro Michele (whose Gucci MX line sells men’s and women’s shows together). There are many other brands that have launched unisex collections, spending the last few years crafting collections that can be worn by men and women. Jackets, jumpers, baggy shorts and army boots are just a few items that are being embraced by buyers of all gender identities. For many of these fashion houses, gender fluidity is about blurring the lines between male and female clothing. For other fashion houses, however, authentic gender fluidity is about something altogether different.

Men In Women’s Attire And Vice-Versa

For some professionals working in fashion (and their sartorial clients), gender-fluid fashion is less about ‘unisex’ or ‘genderless’ outfits, and more about females purposely wearing traditional male garb (think men’s suits and jackets) and vice-versa. For them, celebrities like Harry Styles and Jaden Smith epitomize the new movement, since they specifically wear skirts, dresses and jewelry traditionally sold as part of ‘women’s lines’. As put so eloquently by Edited’s K Marci, “Retailers don’t always separate gender-neutral from gender-fluid, pitching shapeless and oversized garments as gender-inclusive, which, according to Wren Sanders, ‘overlooks trans people who wear skirts and suits to affirm their identities.’” Although Marci sees gender-neutral outfits as part of a movement that may successfully end traditional fashion culture as we know it, she reports that brands can display their integrity and commitment to the movement in more assertive ways.

Where Can You Find Affordable Gender-Neutral or Gender-Fluid Fashion Items In Singapore?

If you are a high-end shopper, then look no further than Gucci, Valentino, Marc Jacobs, or Yves Saint Laurent for items that celebrate fashion for all in its most artistic form. For more affordable options, check out shops like Zara. The chain has created a new range called Ungendered, which features T-shirts, trousers and hoodies. Guess also released a collection called His + Hers – a unisex collection with casual sports gear. Kapok, meanwhile, has Future Classics, which offers a wide range of affordable basics meant for all wearers.

Gender fluid fashion is part and parcel of the current era, which embraces diversity in all its forms. Some fashion houses are showing their interest in the movement through the launch of gender-neutral collections. Others, meanwhile, are going the extra mile, dressing models in items once worn by ‘the opposite sex’.

The Muslimah Fashion Industry in Singapore

The Problems of Shopping for Plus Size Clothing in Singapore

Creative Ways To Spice Up A Basic Outfit

5 Things You Need to Create Your Handmade Silver Jewelry