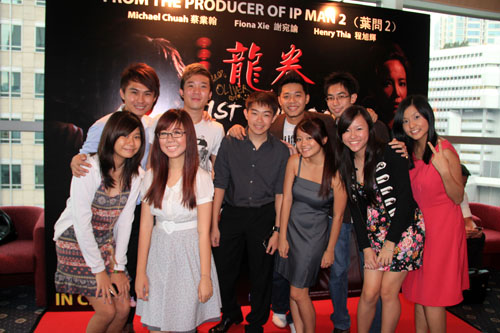 Last Tuesday, attended the Fist of Dragon (龍拳) movie Gala Premiere with a group of G+ bloggers at Cathay Cineleisure. It was a great opportunities to cover this exclusive movie event together meeting up with the movie director as well as the cast actors at the VIP preview lounge. 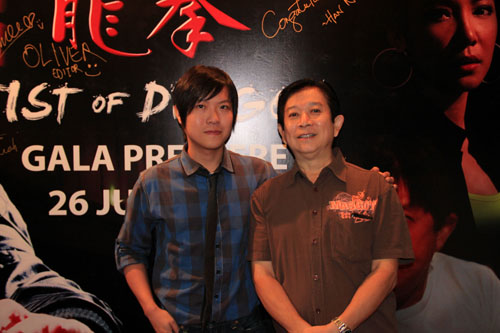 Fist of Dragon (龍拳) was director’s Michael Chuah first martial arts movie and I am very glad to meet him in person and also have a better understanding idea about the Fist of Dragon movie after having a short conversation with him. Likewise in this movie, he was the one who acted as Henry Thia nephew.

Signing Best wishes on their Wall! 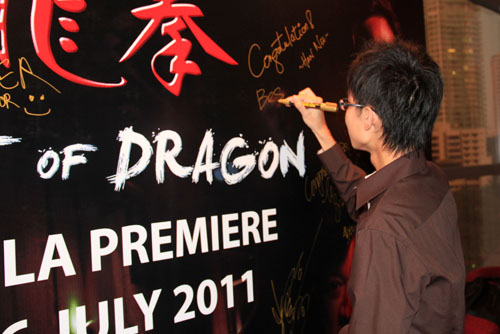 Picture with the fist of dragon movie director – Michael Chuah 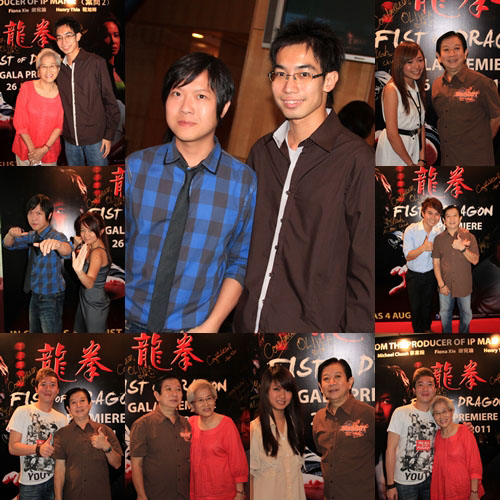 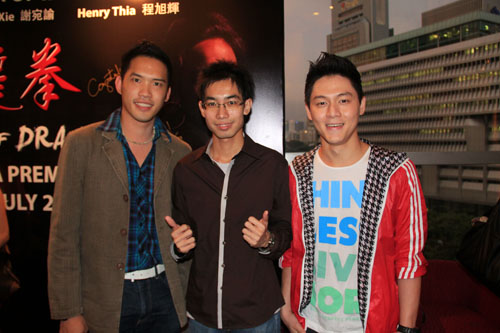 Granny have many “grand son and daughter”… lol 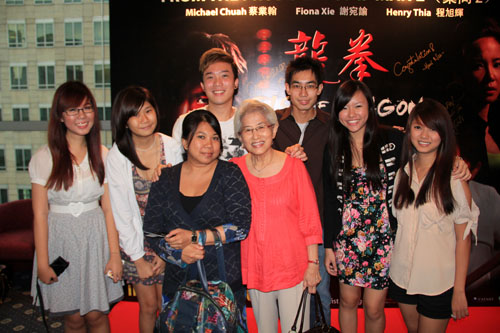 Without further do, let’s see my review
about Fist of Dragon (龍拳) Movie! 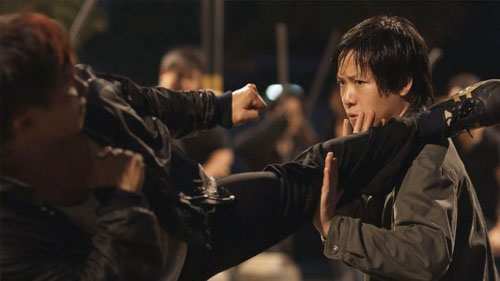 Despite of seeing violent scenes, it actually has a short story behind this movie. A group of people living in a small village which controlled by those triad, everyday collecting money from the village people and things getting into a worst situation where this guy’s Li (Michael Chuah) appear…

Talking about its Kung Fu fight, it was an eyes opened fight in the movie. The movie climax increases as the time goes along and I can see the endurance as well as the perseverance of Li characters. 愈强者强 ，愈弱者弱, the final skill of its fight impressed and caught my eyes attention and I pretty enjoy the whole fighting scenes in this Fist of Dragon movie.

In this world, there are good and bad guy… Well, this movie tells us about the powerful of unity in life. A small problem may solve by one person but when it comes to big problem, this is where unity comes in. Everyone should united as one and allowing the word of “trust” to flow along between one another.

Lastly, I would rate Fist of Dragon (龍拳) Movie 4/5 star. Hope everyone enjoy watching this martial art movie too! It will be officially release on 4th August 2011 in Singapore. Don’t miss the fight! Haha… With that, I end my review here. 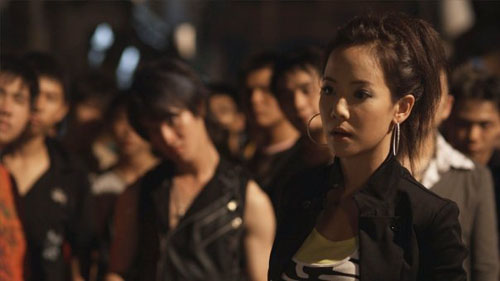 Fist of Dragon Movie Synopsis:
FIST OF DRAGON tells the story of Li, who comes to South East Asia by the request of his father to help out his uncle who has been facing financial difficulties. Li, upon arriving in the town, feels out of place due to the differences in cultures of the people here.

When he discovers that his uncle has been facing many hardships posed by the local mobsters, Li decides to stay and to help his uncle and get rid of them. However, Li encounters numerous resistances from the locals as Li’s action brings the wrath of the triad and drags the whole town into turmoil.

Moreover, his uncle’s daughter, Lily is on the triad side, and their relationship is badly affected when the confrontation between the two groups reaches its peak. 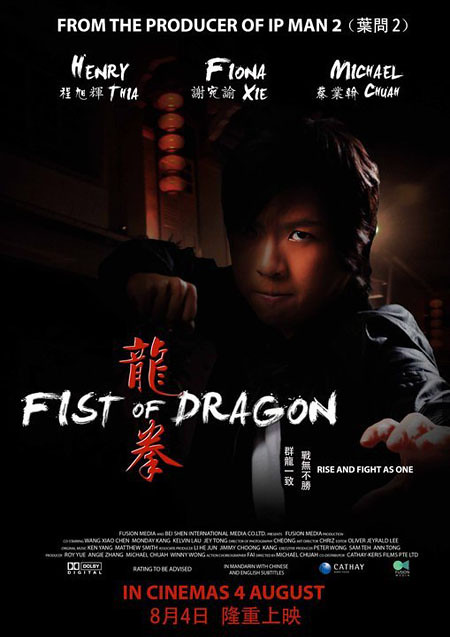