For a better and more budget-friendly way to stream all these shows on the go or via your Smart TV and laptop, you can look to Singtel CAST. You will enjoy up to 3 FREE months of subscription on Lifestyle Plus (for Travel Channel), Chinese Plus (for cHK, tvN), Entertainment Plus (for Warner TV), and Viu Premium, with no commitment, so you can cancel anytime. 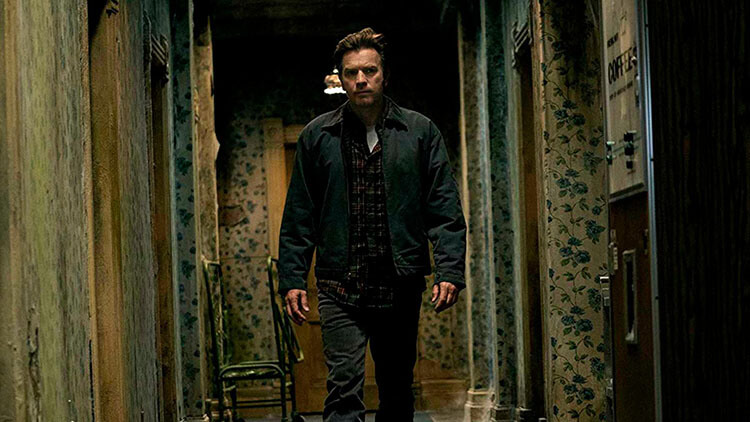 This unofficial sequel to Stephen King’s The Shining, one of the most terrifying films ever made, takes place 30 years after the events in Stanley Kubrick’s masterpiece. With Ewan McGregor as Danny Torrance and Rebecca Ferguson as creepy cult leader Rose, this film, which critics have called “unsettling”, is not for the faint of heart. Doctor Sleep premieres 31 October, 9 pm on HBO GO. 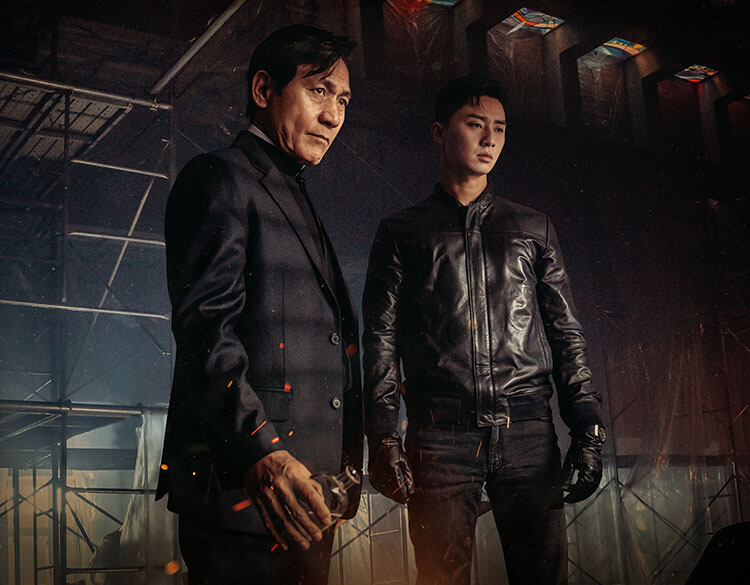 Any self-respecting fan of K-drama knows oppa Seo Joon Park is the oppa to watch, and you can catch him as an MMA champion Yong-hoo in the Korean supernatural film Divine Fury. After developing a stigmata, Seo Joon Park seeks the help of an exorcist priest, who sees potential in him after his wound defeated a demon. Aside from Seo Joon Park, the film has the added bonus of Do Hwan Woo, who will be out of circulation for a while as he reports for military service in Korea. Catch these two oppas in Divine Fury, available on-demand from October on tvN. 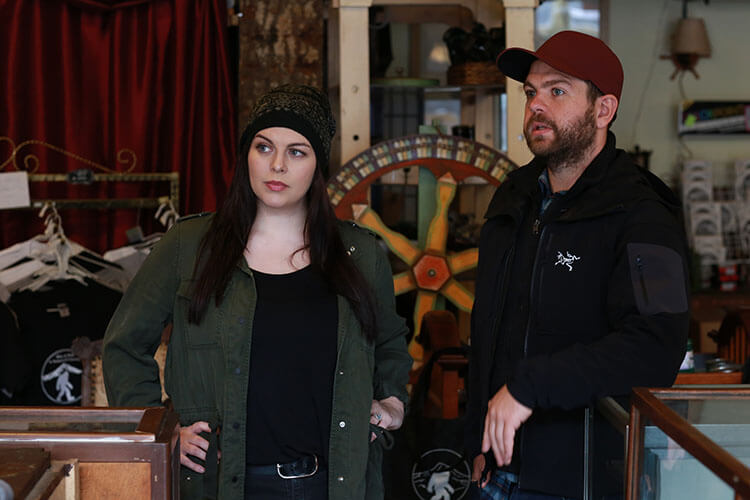 Jack Osbourne and Katrina Weidman investigate the world’s most sinister haunted locations they suspect are gateways to the spirit world. They peer into the dark void of the unknown as they document evidence of paranormal activity and search for answers about the afterlife. This is the future of paranormal research, and Jack and Katrina are taking along a team of seasoned pros to record it all. Portals to Hell premieres 13 October on Travel Channel with new episodes every Tuesday from 10.20 p.m. 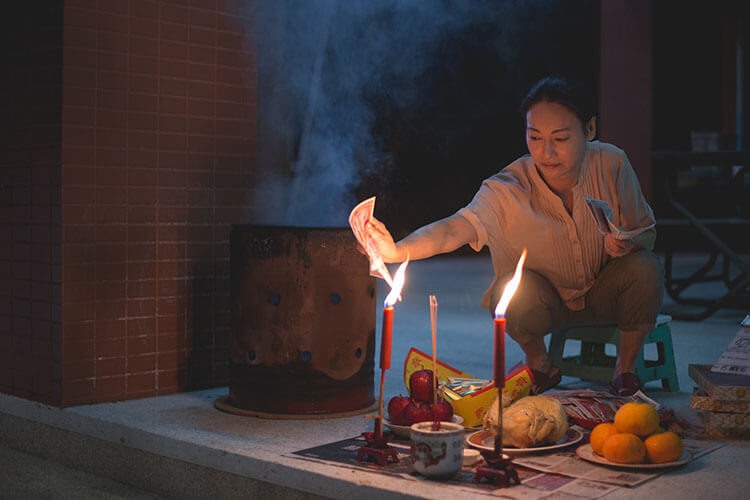 Set in a former school that was a wartime Japanese death chamber, five young adults visit a long-abandoned high school with a horrific past. What could possibly go wrong? As fans of the horror genre know, gruesome things are bound to happen. Binding Souls 綁 靈 is available to stream on cHK, though you might want to avoid abandoned buildings after watching this.

This 2012 hit is Korea’s first medical thriller, and shows how an unknown virus can be more chilling than a horde of zombies. When a series of dead bodies are found floating in the Han River, the public is shocked to discover that the deaths are related to a fatal outbreak of virus-infected mutant parasitic horsehair worms called Yeongasi that can control the human brain. Victims begin jumping into the river to their deaths, causing widespread panic as researchers race to find an antidote. Stream Deranged in HD via Viu Premium now. 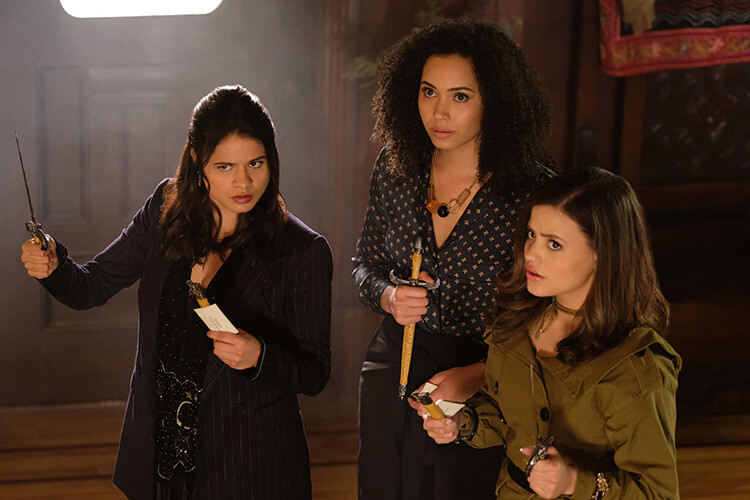 Binge watch the full season of this charming reboot featuring the three good witches Macy, Mel, and Maggie. Each sister has an individual magical power, which is noticeably stronger when all three sisters work together as the “Power of Three” to defeat their enemies. You can catch the entire season of Charmed via Blue Ant Entertainment, on 31 October and 1
November, from 1 p.m. onwards.

You’ll quickly guess why this Hong Kong-Malaysian horror thriller is number 7 on the list if you have some knowledge of the rituals and beliefs related to Ghost Month. Nick Cheung’s directing debut starts the story with an entrepreneur who reunites with his estranged family in Malaysia after a failed venture in China. His return home creates tension with both his family, and matters escalate when the entrepreneur has to take over his ailing father’s role as master of a Cantonese Opera troupe, despite his lack of knowledge in the superstitious rites that ensure safety from spirits. Hungry Ghost Ritual 盂兰神功 is available to stream on cHK from October.

For a more kid-friendly, daytime binge, Nickelodeon draws hoots and howls with Halloween-themed favorites from The Thundermans, SpongeBob SquarePants, The Loud House and Alvinnn!!! & the Chipmunks. Tune in to Hallowscream (Nickelodeon’s Halloween Marathon Stunt), Sat 31 October from 11:05 a.m. onward. 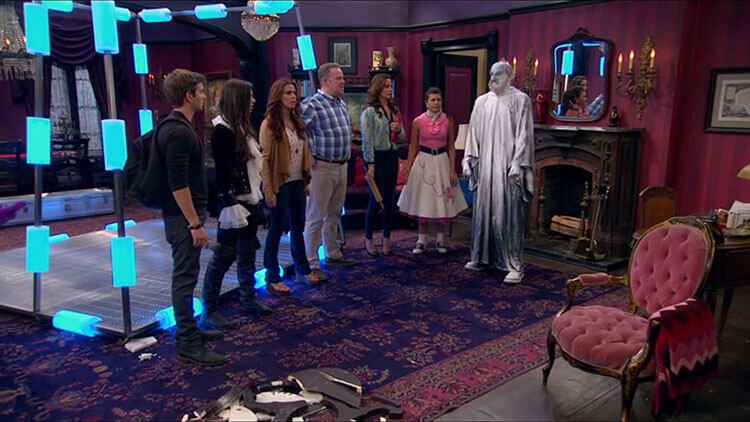 Another kid-friendly show, the Thundermans head to New Orleans to join forces with the Hathaways to defeat the super-villain who escaped Ghost World on Halloween in this cross over special. Saving the day gets complicated when super-powered trick or treating and sibling jealousy get in the way. The Haunted Thundermans is available on-demand via Nickelodeon Play.