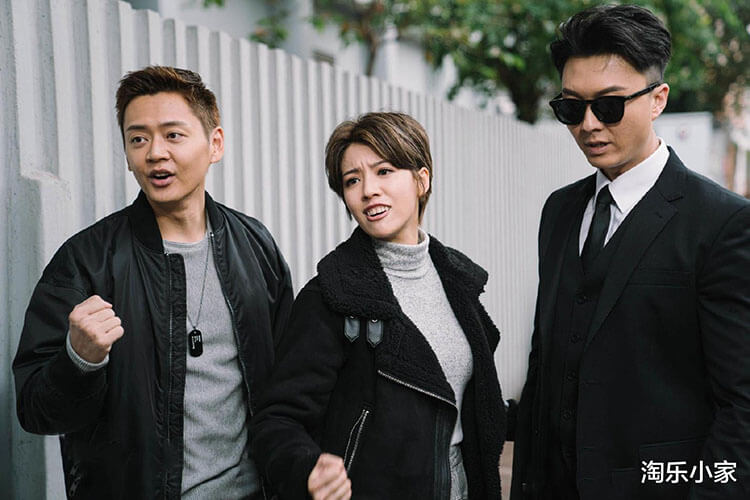 Bringing you the second season of Legal Mavericks (2017), this legal drama from TVB is back in action and follows the steps behind blind lawyer Hope Man, played by award-winning actor Vincent Wong 王浩信, and his best friends – Gogo (Owen Cheung 张振朗) and Chiu Ching Mui (Sisley Choi 蔡思贝). In this season, Hope Man has a new love interest – Eva Siu, played by Kelly Cheung 张曦雯. Delve into even more interesting cases this season, as Hope Man makes use of his senses and controversial ways to seek justice. All episodes will be available on demand from 29 November on Chinese Plus for you to binge watch at one go. 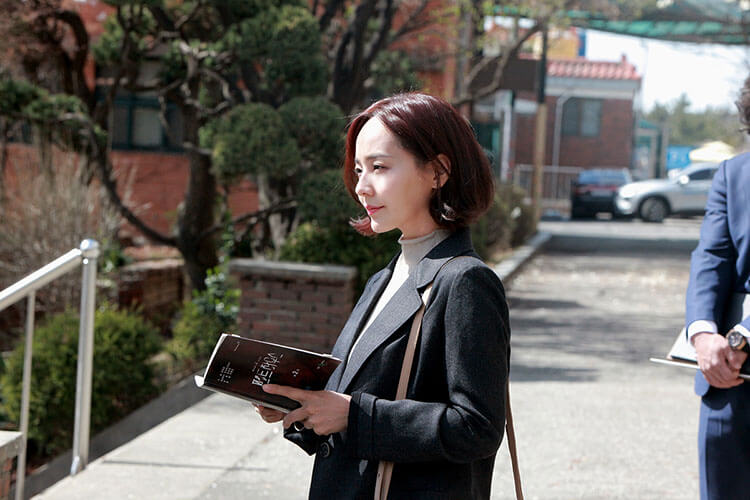 Set in a 100-story luxury apartment building, The Penthouse is a Makjang K-drama of women striving to reach the goal of being “queen” of the 100th floor, the ultimate symbol of power, wealth and status. Oh Yoon-Hee, played by Kim Yoo-Jin, has always dreamed of entering the high society. This stems from her poor background and desire to bring her daughter to the upper class. However, along the way she meets Cheon Seo-Jin, played by Kim So-Yeon, an arrogant woman and her nemesis from school, and Shim Soo- Ryeon, played by actress screenwriter, Lee Ji-Ah, the current “queen” who was born into wealth. These women will do anything to reach the top, who will emerge victorious? Find out by watching The Penthouse every Tuesday and Wednesday, on Viu.

Regarded as one of the highest rated Chinese dramas of this year, The Long Night features a multi- character narrative structure, calling upon the audience to piece together clues to understand the story’s logic of a prosecutor who spends seven years searching for the truth in a perplexing case. The series has impressive cast members such as the first Chinese winner of the Silver Bear Best Actor Award at the Berlin International Film Festival, Liao Fan 廖凡, and C-Drama heartthrob, Bai Yu 白宇. If that’s not enough to get your attention, The Long Night received a high rating of 9.2 out of 10 rating on Douban.com based on more than 160,000 reviews! Ready to join the fan club? Binge this on-demand now on e-Le. 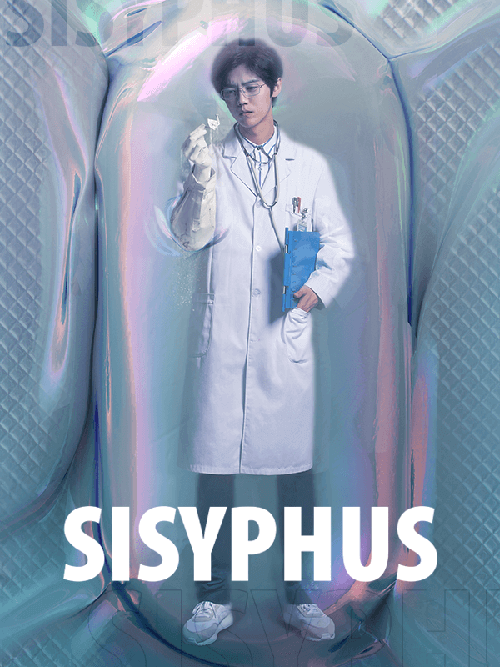 Sisyphus tells the story of a former police captain Zhang, played by Wang Qian Yuan 王 千 源, who becomes involved in a serial murder case following the bizarre death of his only daughter but finds himself in a cat-and-mouse battle of wits with the main suspect as he attempts to unveil the truth. Using an interesting combination of suspense and a maze of twisted time and space, the drama depicts a thrilling detective case and takes Chinese suspense dramas into a bold new realm. Sisyphus explores the complex inner process that drives the decision-making of the protagonist as he becomes ensnared in multiple time traps, providing an in-depth exploration and discourse of human nature. Will Zhang ever find the killer of his daughter? Find out by watching Sisyphus on demand now on e-Le. 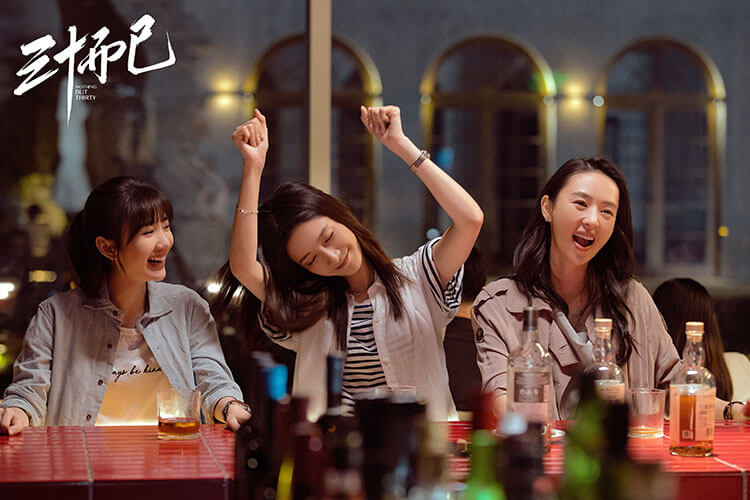 Get sucked into the drama that’s taken China by storm. Nothing But Thirty is about three different women in their thirties facing completely different challenges in their lives. Jia is at the top of the pyramid – a well- rounded full-time housewife who successfully turned her husband from a simple programmer into a CEO. When her enviable marriage is threatened, she tries hard to salvage it. Ni is a strong-spirited lady who prides herself on having both beauty and brains, but believes she deserves better than what she currently has. Qin is an ordinary office lady married to a public servant husband who writes as a hobby. However, her life takes a 180 degree turn when the copyrights for her husband’s book is sold at a high price. Dive into the ups and downs of Jia, Ni, and Qin’s lives with this 43-episode drama, every Monday to Thursday at 10 pm, Jia Le Channel on Chinese Plus. 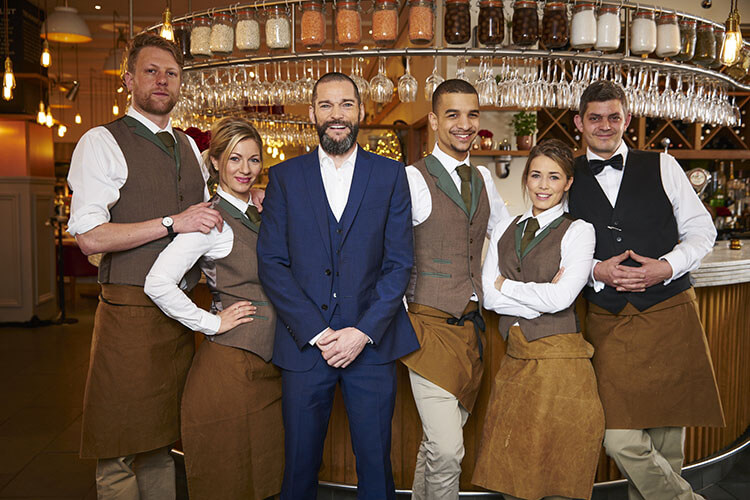 There’s someone out there for everyone (including you!), regardless of eccentricities. When the First Dates restaurant sets the table, hopeful singles from all walks of life will have a chance of meeting their dream partner. This British reality show has been matching anyone from any age, gender and preference since 2013 and continues to delight audiences. From awkward first encounters to love at first sight, it’s time to sit back, relax, and watch the sparks fly (or completely fizzle out). Catch First Dates every weeknight at 8:50 pm, Blue Ant Entertainment channel, on Entertainment Plus to unveil their fated match! 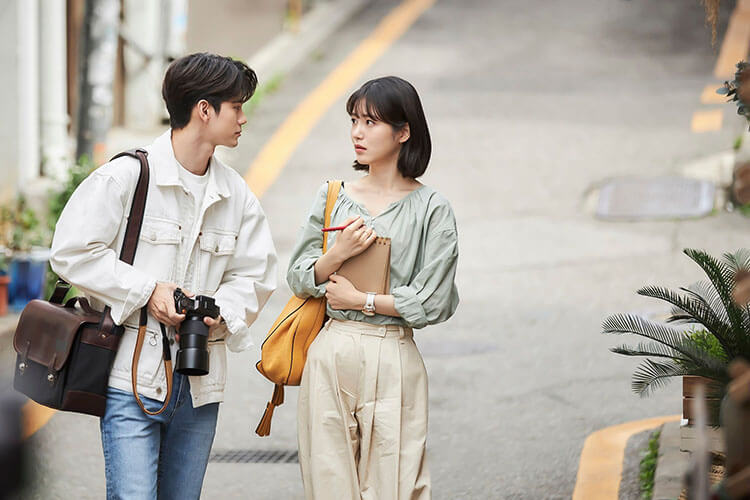 From the director of ID: Gangnam Beauty, More Than Friends is a story of Lee Soo, played by beloved Korean oppa Ong Seong-wu, and Kyung Woo-Yeon, played by Shin Ye-eun, who have taken turns having a crush on each other for the past 10 years, but remained friends because of misunderstandings and missed opportunities. Now that their paths have crossed again, a love triangle is thrown their way. Oon Jun Soo, played by ZE:A’s Kim Dong Jun, comes between them to steal Kyung Woo-Yeon’s heart. Can one see another in a different light after many years of friendship? Or do years of friendship eventually add up to true love? Streaming now, on Viu Premium, with 2 new episodes released each week. 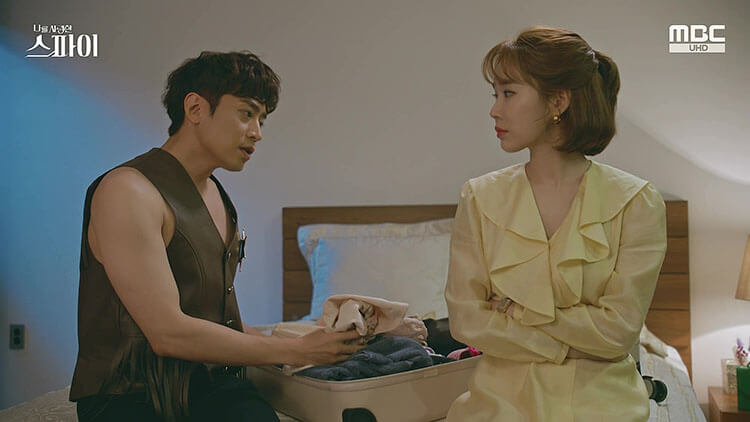 8. The Spies Who Loved Me

The Spies Who Loved Me is a suspenseful new romantic comedy about a woman who inadvertently gets caught up in the world of espionage starring highly popular actors Eric Mun (former singer from Shinhwa) and Yoo In-Na (Goblin). Yoo In-Na plays Kang Ah Reum, a wedding dress designer who gets married twice to two different husbands who lead double lives. One is an Interpol agent and the other is an industrial spy. They say that marriages are built on trust and honesty, but to what extent does that apply when you’re married to a spy? Tune in to The Spies Who Loved Me to watch this action-packed rom-com. New episode are released every Wednesday and Thursday on iQIYI.

Baek Ho-Rang, played by Jung Da-Bin, is your typical popular high school girl – she’s pretty, a school celebrity and a social media influencer. However, her condescending personality has led her to have only one “real” friend. One day, Baek Ho-Rang learns that someone is trying to reveal a huge secret of hers! She decides to join her high school’s broadcasting club on a mission to find that anonymous person. She comes across Go Eun-Taek (NU’EST’s Hwang Min-hyun), the chief of the broadcasting club, who’s cold and aloof, unlike her. Will these two be able to put their differences aside to hide a secret? Watch unlikely friendships unfold on this journey. Live On premieres 18 November on iQIYI. 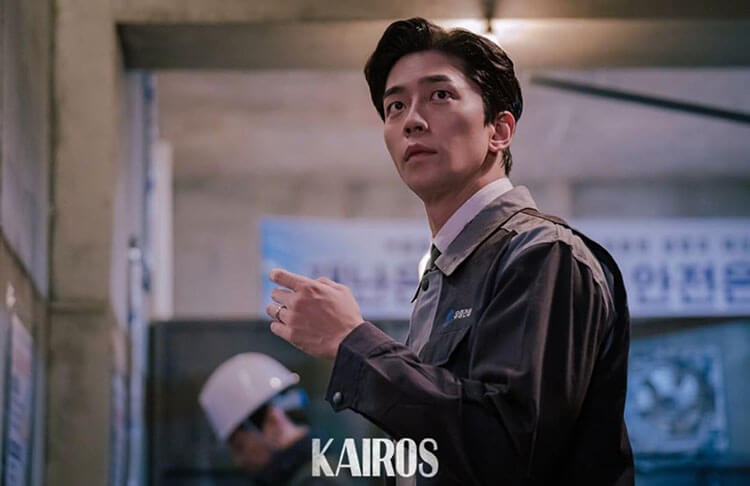 Kim Seo Jin looks like he has it all – a successful career company and a beautiful family. He’s an ambitious man fixated on success and was able to climb the corporate ladder to be the youngest executive at his company. However, things take a twisted turn when his young daughter is kidnapped. Desperate to recover everything he has lost, he travels back one month in time to communicate with Lee Se-young, a woman he encountered in the past. Can his daughter’s life be saved by restoring something in the past? Watch two worlds collide as they both struggle to save the ones they love. Grab your kimchi chips and catch this time-crossing fantasy thriller on-demand on Viu Premium. New episodes are released every Tuesday and Wednesday.

With the recent addition of iQIYI to its suite of offerings, casting a wider search for your entertainment has never been easier. For a better and more budget-friendly way to stream all these shows on the go with your mobile phone or via your Smart TV and laptop, you can look to Singtel CAST. Enjoy up to 3 FREE months trial of Viu Premium, Chinese Plus, Entertainment Plus, with no commitment, so you can cancel anytime. You can also sign up for iQIYI or HBO GO without being tied down to a contract.